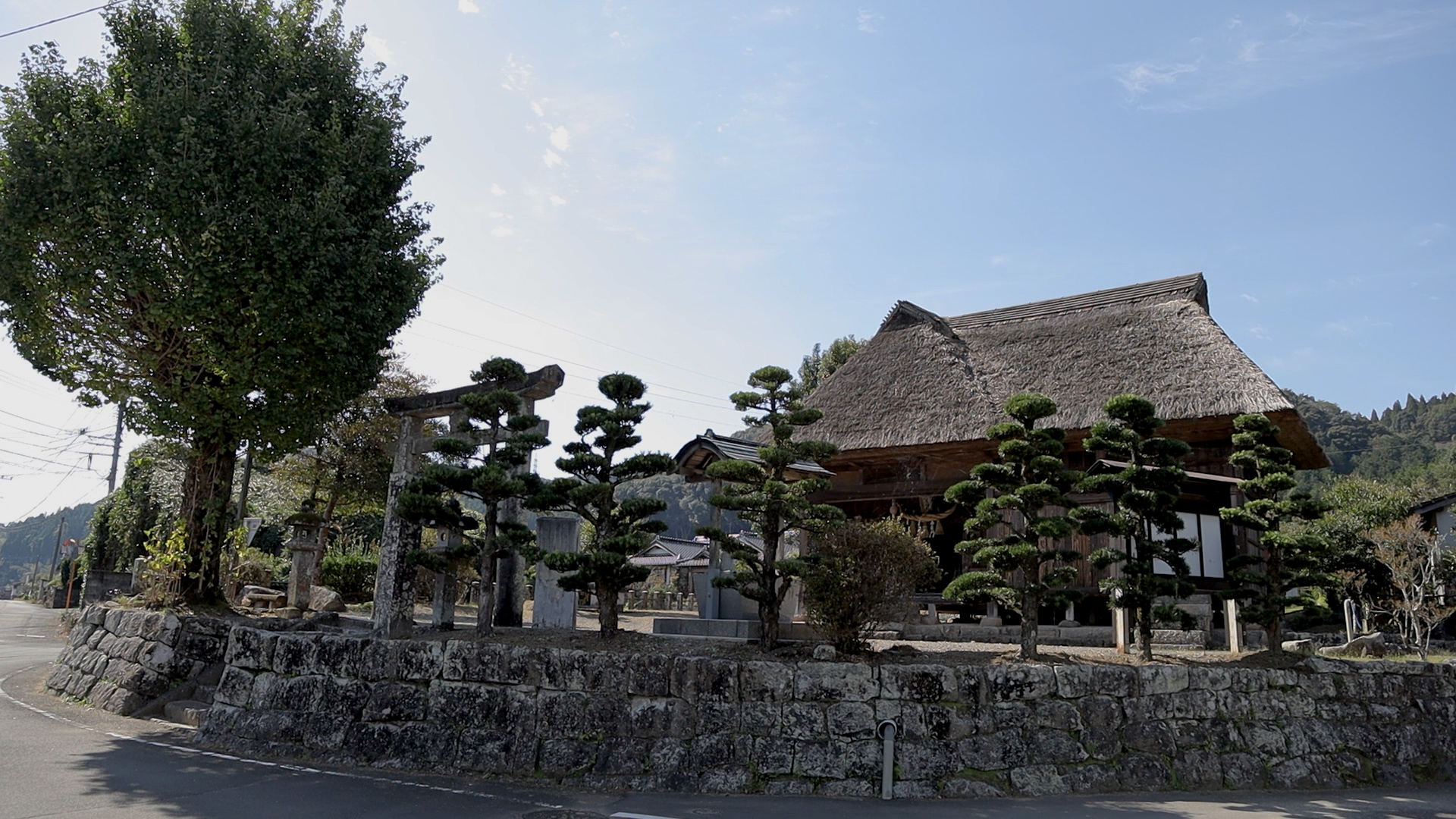 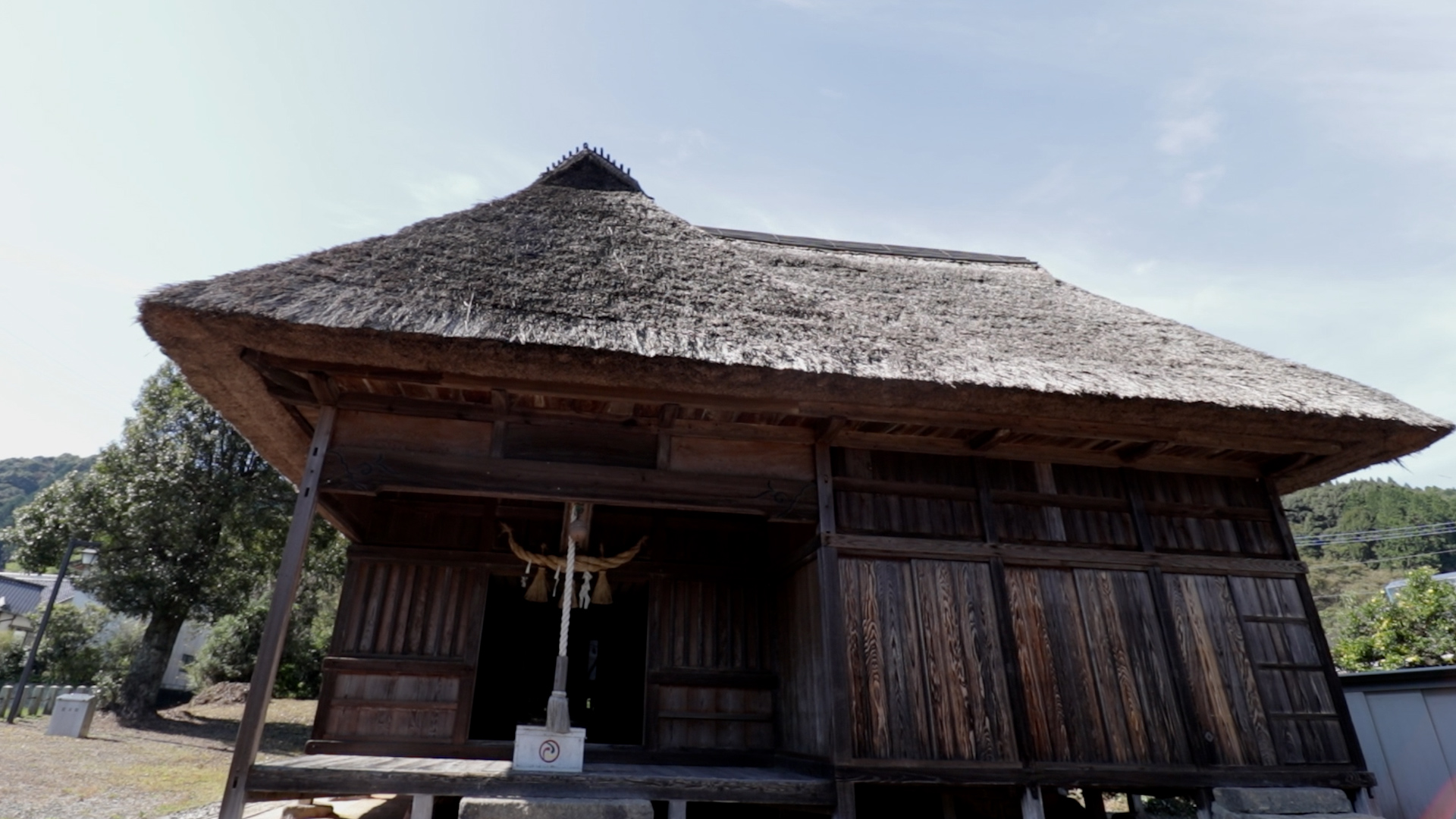 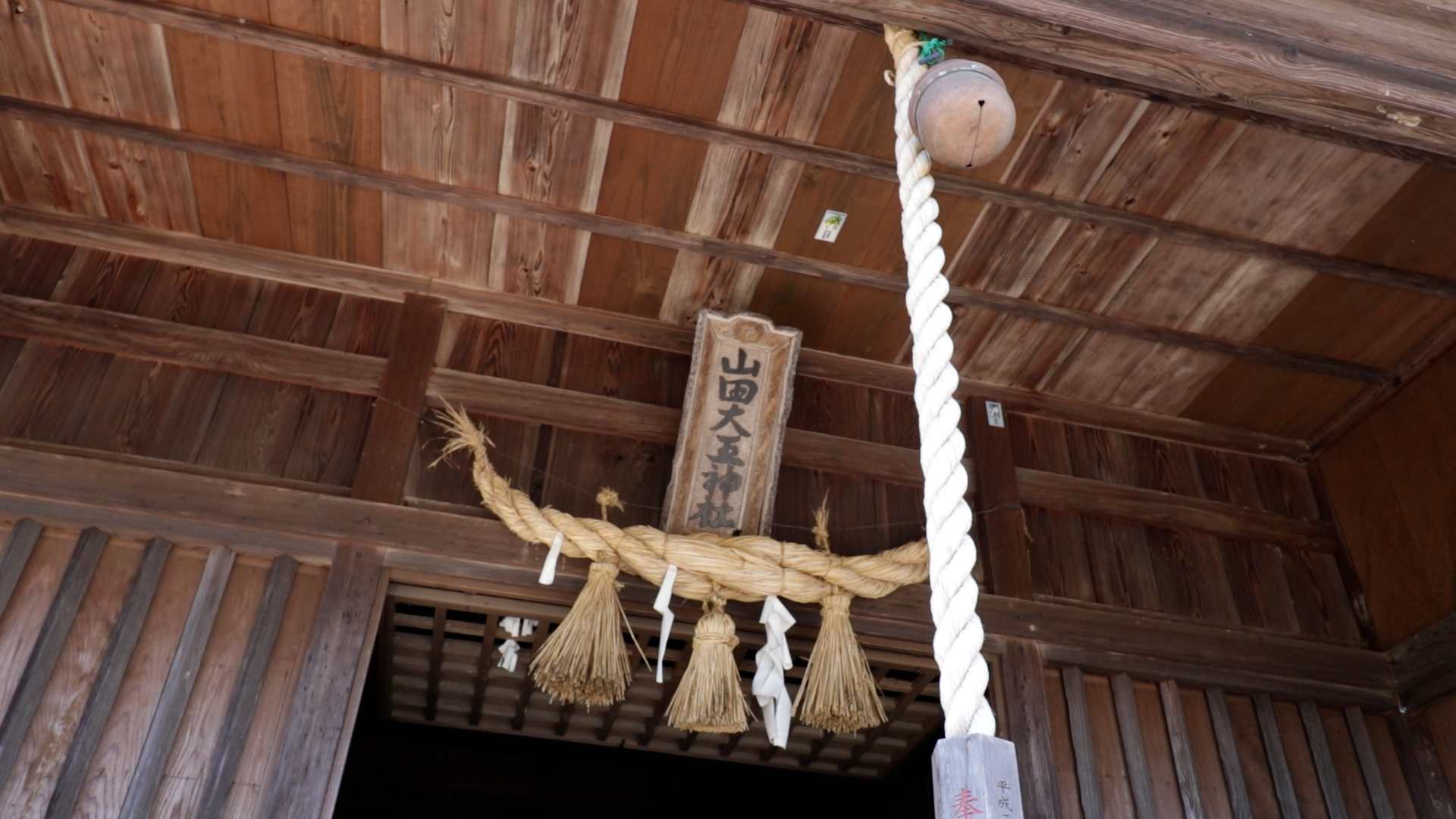 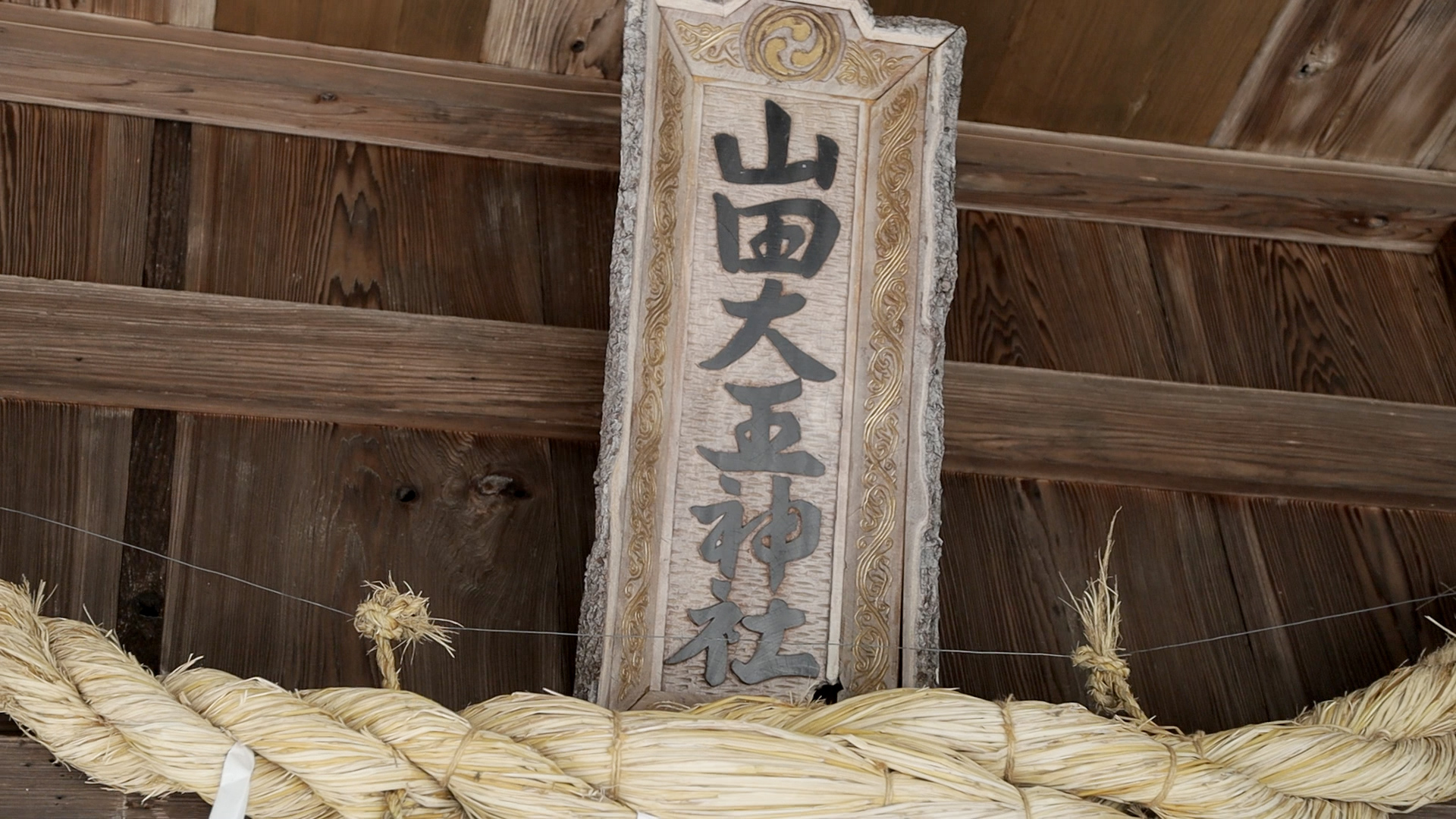 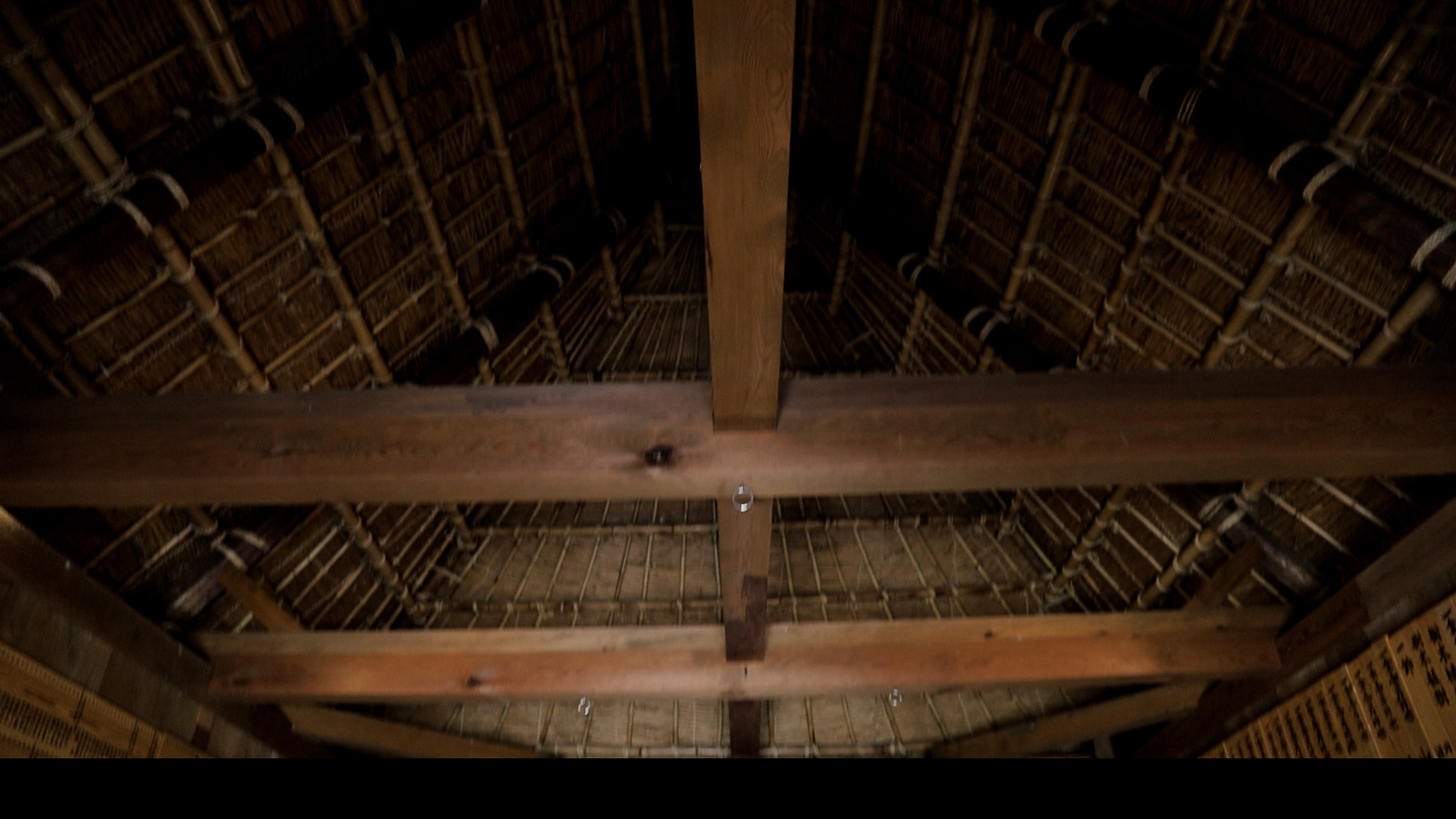 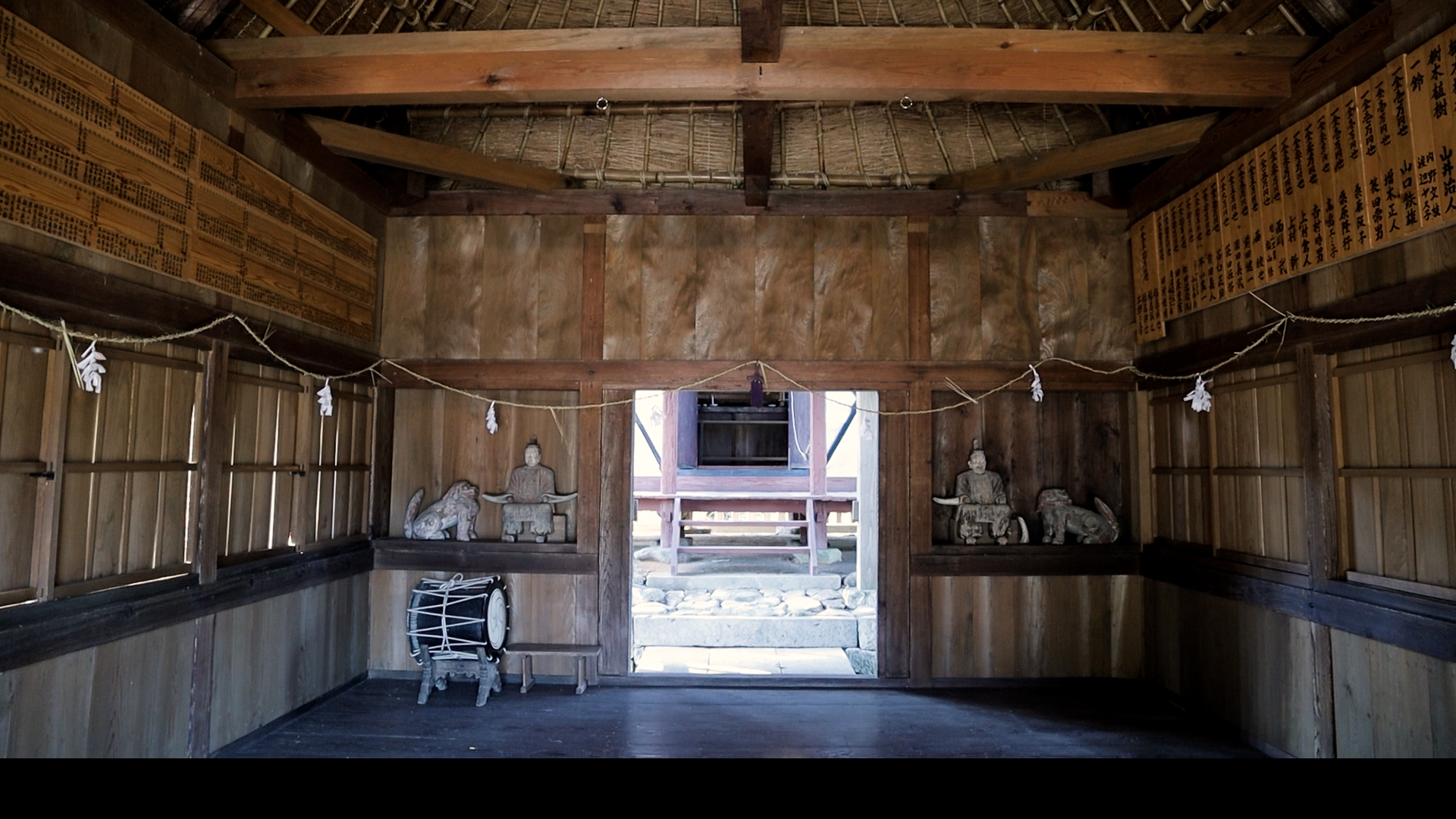 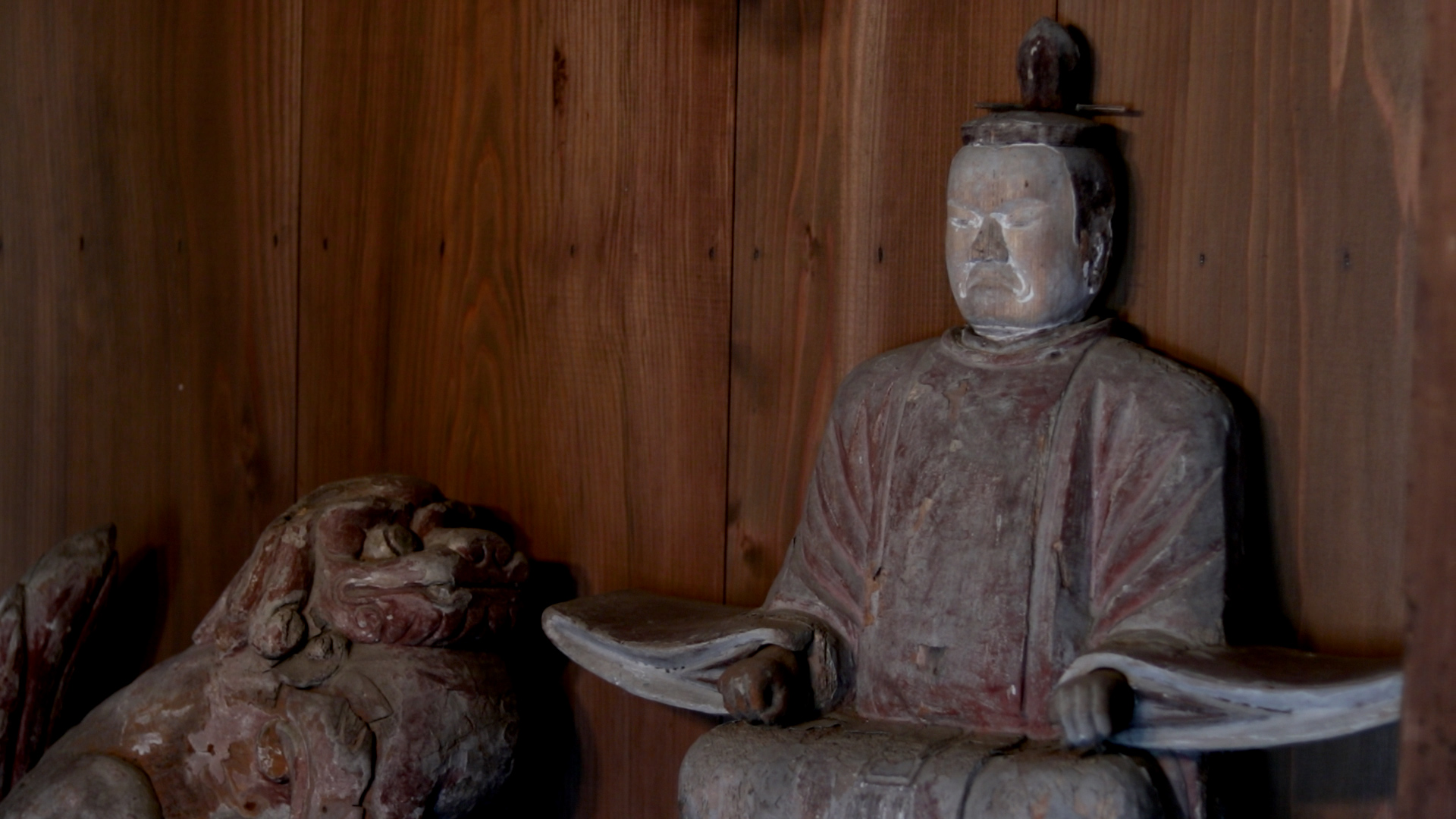 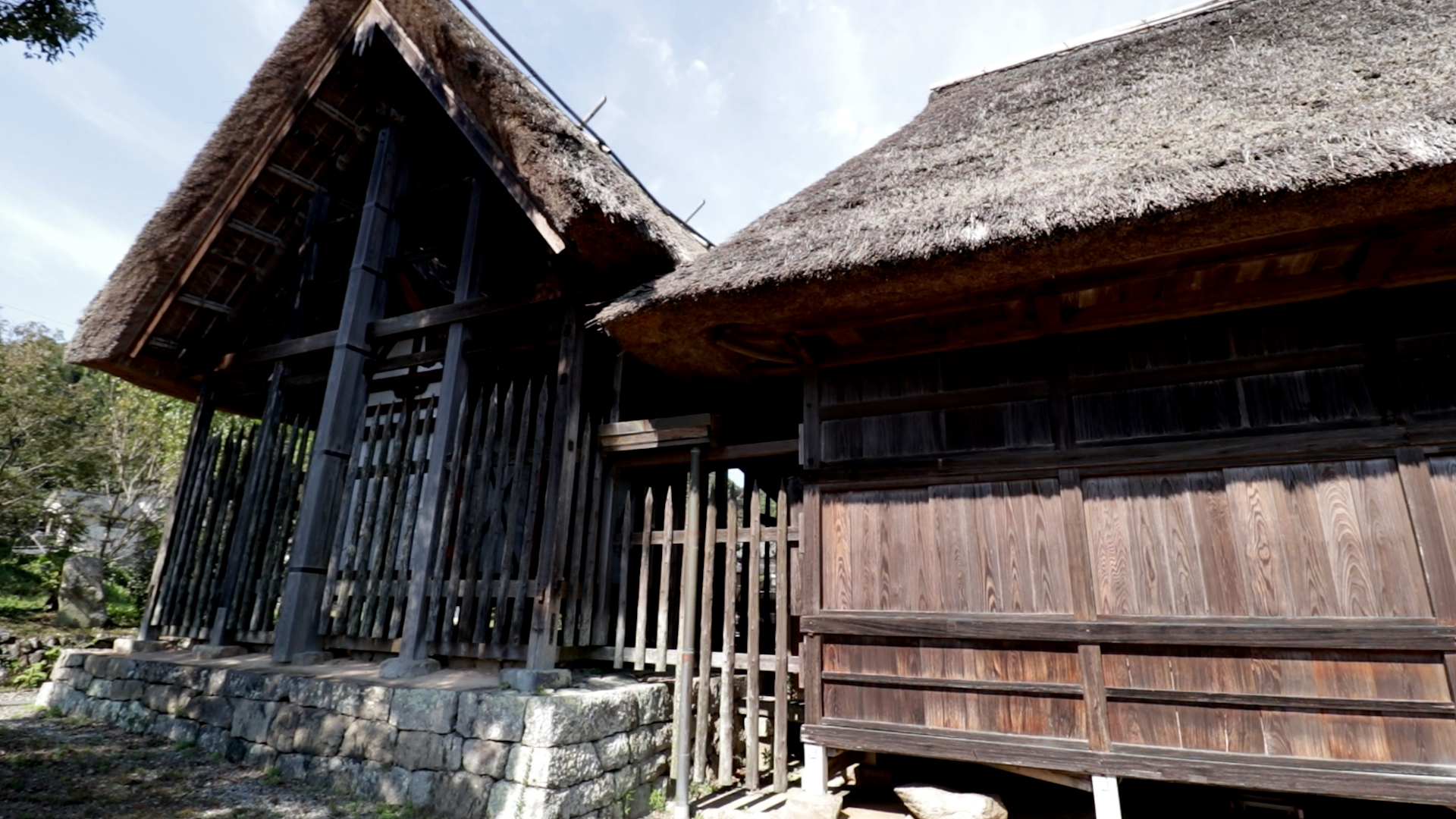 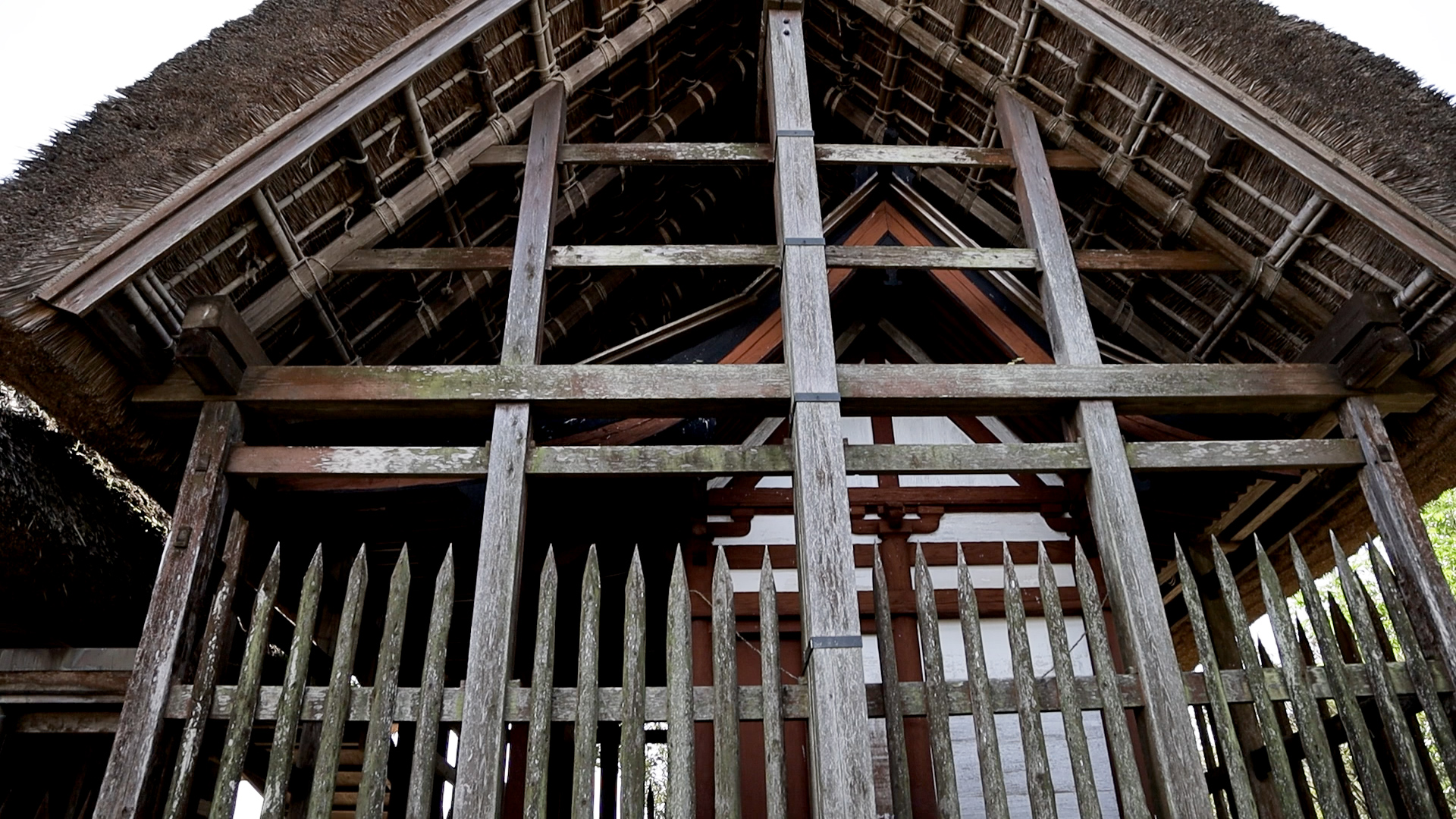 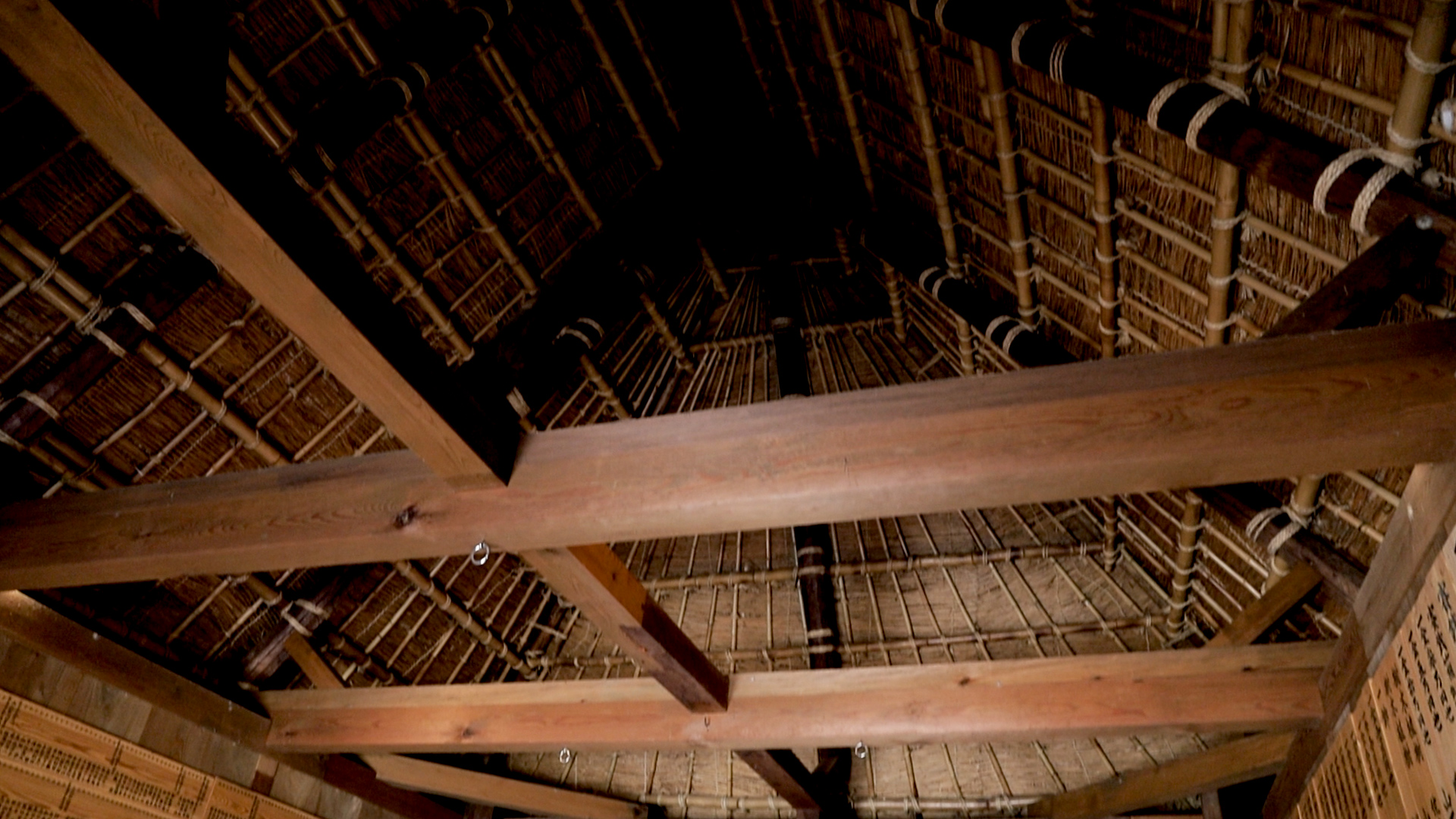 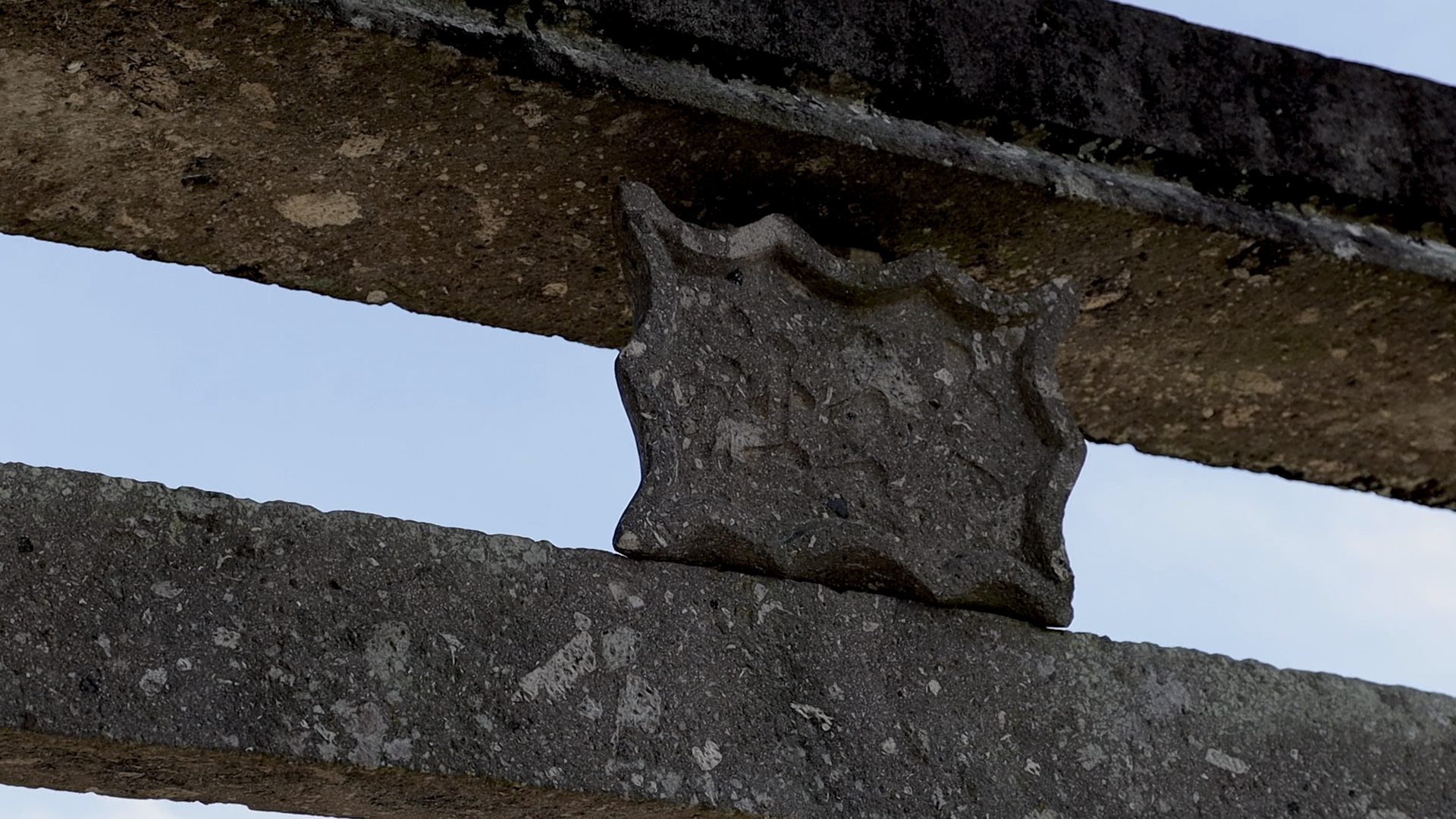 Main Sanctuary/Worship Hall and Offering Hall Yamada Daio Shrine, located in the village of Yamae, was built to appease the vengeful spirit of Hirakawa Jiro Fujitaka, a lord from a powerful medieval family that ruled the village of Yamada in Nagayoshi District, Kuma Township, who was overthrown by Sagara Nagayori, the first head of the Sagara family and Lord of Hitoyoshi.

Yamada Daio Shrine is one of four Daio (“Great King”) shrines built on the land north of the Kuma River, which was once ruled by the Hirakawa Clan.

It is unknown when it was constructed.

It is estimated to have been built between 1299 and 1301 based on a sign describing its construction.

Every November, an annual festival is held to pray for a bountiful harvest.

Shrines constructed during the Kamakura (1192~1333) or Muromachi (1338~1573) periods which are still in such good condition are rare in southern Kyushu.

The building’s landscape is also highly renowned, and it has been designated a National Important Cultural Property.

The Main Sanctuary, boasting a shingled roof and built in the sangensha-nagare-zukuri style (a style characterized by a long-extending, curved front slope with four columns), is hand-painted in a stunning vermillion using a method called nitsuchi-nuri (“vermilion-painting”).

This cannot be seen anywhere else south of Dazaifu.

The sash at the front of the main sanctuary is thought to have been made to contain the vengeful spirits of the Hirakawa Clan.

The oiya (a covered space housing precious objects) is 6.3 meters long and 6.2 meters wide with a triangular gabled roof.

The Worship Hall is 9.7 meters long and 4.9 meters wide and has a single-layered hipped roof slanting in all four directions.

Both of these buildings have shingled roofs.

Another highlight of this shrine is the stone pagoda directly behind the Main Sanctuary, inscribed with the words “ikketsu shoshu” (“unity in multitudes”), which is said to date back to the peaceful Nanbokucho period (1336-1392).